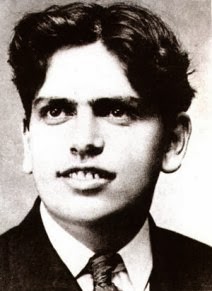 
The starting date for the Brazilian modernist movement, which advocated a return to the soil, is usually given as 1922, when the major impulse was given by the Week of Modern Art. This revolutionary approach was announced by a woman painter, Anita Malfatti, “the protomartyr of modernism,” whose forward-looking paintings in her second exhibition, in 1917, were derided by Monteiro Lobato (He claimed that she simply contributed her own “-ism” in her paintings where a horse and rider fall over: “I call this genre topple-ism”).
But he himself had a great influence on Brazilian modernism’s most celebrated text, Oswald de Andrade’s “Cannibal Manifesto” of 1928. Also called the “Brazilwood Manifesto,” because it champions the use of native material and turns against artifice, this manifesto takes its name from the cannibalistic Tupi Indians of Brazil who disposed gastronomically of an unloved Bishop. It is outrageously satirical, reading in part: “Only cannibalism unites us... Tupi or not tupi, that is the question.”