I am writing in relation to my impending imprisonment in Limerick Gaol for having apparently "interfered with the proper use" of Shannon airport last Sept 1st (2013). On Friday by telephone the Garda Warrants' Office in Galway informed me that there is a warrant for my arrest to serve two weeks imprisonment as a result of my conviction at Ennis District Court in June 2014. I have arranged to be arrested this coming Friday on my return from having been abroad.

I wish to make it clear that my so-called offence was political, not criminal. I am therefore calling on you to have me treated as a political prisoner, while I am very briefly in jail. By sending me to Limerick Prison to serve this sentence I believe the Irish state is not only trying to criminalise me, but also criminalise the Peace Movement in Ireland.

My actions at Shannon airport were specifically to oppose the continuing criminality taking place there. On a daily basis for some 13 years the US military has transported millions of troops and unknown quantities of weaponry to warzones – the result has been the deaths of at least one million innocent people and the destruction of once successfully functioning societies. Indeed, as I write cargoes of death that have travelled freely through Shannon airport or Irish airspace are raining down in an act of genocide on the helpless people of Gaza.

It is not I who is the criminal, rather those in the Irish state who have willingly been an accessory to these crimes against humanity carried out via Shannon airport and Irish airspace by the US war machine and its proxies.

I believe in the principle declared at Nuremberg in 1945: "Individuals have international duties which transcend the national obligations of obedience. Therefore individual citizens have the duty to violate domestic laws to prevent crimes against peace and humanity from occurring."

Judge Patrick Durcan, who was the trial judge, did not see any relevance in the Nuremberg Principles. But, of course, he wouldn’t , would he? Judge Durcan has good Fine Gael pedigree: a former FG Senator, the election agent of Michael Ring at the last general election, even a former running mate of Enda Kenny, who – lo and behold – elevated him to the bench months after Fine Gael took power.

So, not only was the "offence" committed by Margaretta D'Arcy and myself political, but the judge who tried us, Patrick Durcan, stems from the very Fine Gael elite that allows the criminality at Shannon to continue unimpeded.

In other words, this case for which I am being imprisoned for two weeks is top to bottom political. By sending me to Limerick Prison to serve this sentence the Irish state is attempting to criminalise my peaceful political actions. I cannot and will not accept this. I demand the right to be treated as a political prisoner and if I am not, I will not conform while in jail.


The time will come
when, with elation,
you will greet yourself arriving
at your own door, in your own mirror,
and each will smile at the other’s welcome,

all your life, whom you ignored
for another, who knows you by heart.
Take down the love letters from the bookshelf,

the photographs, the desperate notes,
peel your own image from the mirror.
Sit.  Feast on your life.

1. Bá Thessaloniki –
an tú an deireadh, an tú an tús?
freagair! 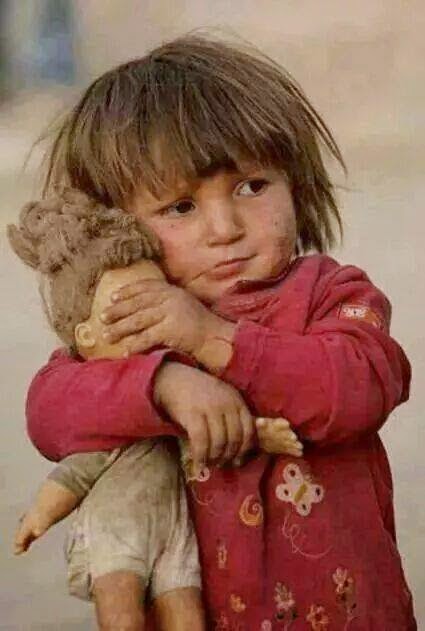 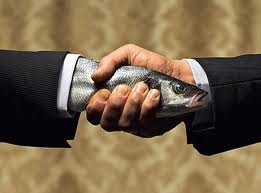 Whipple:To give a good, firm handshake. Often thought about and used before interviews or big meetings. Could determine your chances of receiving your dream job.

‘Before my interview, I practiced my whipple with my friends.’ 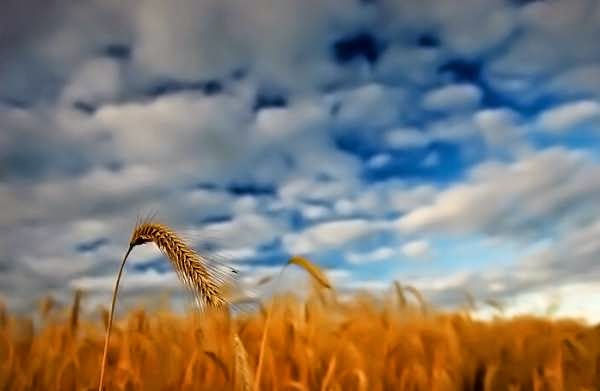 (Translated by N. Koriyama and E. Lueders, Like Underground Water)

Ishihara Yoshiro (1915-1977) A student of German and a Christian convert, he began to write poetry seriously after his experience as a prisoner of war: captured by the Soviet Army in Manchuria, he spent eight years in Siberia, released only by the general amnesty given at Stalin's death. He began to write at that time, he said, because he wanted to examine what it means to be a human being.

"AK Press is a worker-run collective that publishes and distributes radical books, visual and audio media, and other mind-altering material. We're small: a dozen people who work long hours for short money, because we believe in what we do. We're anarchists, which is reflected both in the books we provide and in the way we organize our business. Decisions at AK Press are made collectively, from what we publish, to what we distribute and how we structure our labor. All the work, from sweeping floors to answering phones, is shared. When the telemarketers call and ask, "who's in charge?" the answer is: everyone. Our goal isn't profit (although we do have to pay the rent). Our goal is supplying radical words and images to as many people as possible. The books and other media we distribute are published by independent presses, not the corporate giants. We make them widely available to help you make positive (or, hell, revolutionary) changes in the world. As you probably know, the stuff we carry is less and less available from the corporate publishers and their chain stores."

Hailstones, too,
Enter my begging bowl. 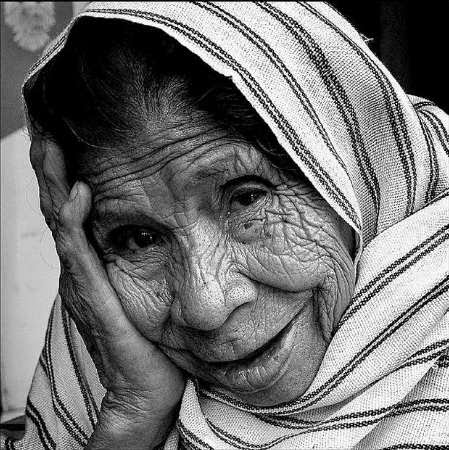 
Beautiful face
That like a daisy opens its petals to the sun
So do you
Open your face to me as I turn the page.

Enchanting smile
Any man would be under your spell,
Oh, beauty of a magazine.

How many poems have been written to you?
How many Dantes have written to you, Beatrice?
To your obsessive illusion
To your manufactured fantasy.

But today I won't make one more Cliché
And write this poem to you.
No, no more clichés.

This poem is dedicated to those women
Whose beauty is in their charm,
In their intelligence,
In their character,
Not in their fabricated looks.

This poem is to you women,
That like a Shahrazade wake up
Everyday with a new story to tell,
A story that sings for change
That hopes for battles:
Battles for the love of the united flesh
Battles for passions aroused by a new day
Battles for the neglected rights
Or just battles to survive one more night.

Yes, to you women in a world of pain
To you, bright star in this ever-spending universe
To you, fighter of a thousand-and-one fights
To you, friend of my heart.

From now on, my head won't look down to a magazine
Rather, it will contemplate the night
And its bright stars,
And so, no more clichés.
~ Octavio Paz ~


Sometimes one’s reading dovetails in the most curious  ways. Whilst reading Gabriel Rosenstock’s new selected poems Margadh na Míol in Valparaíso/The Flea Market in Valparaíso, I was also reading Ursula Le Guin’s Tales of Earthsea, in which wizards are shape-changers (taking on the forms of various animals, such as otters or birds); and in which magic relies on the use of  the ‘old language’. Wizards are entrusted with keeping the balance of nature, their philosophy Taoist in nature. These are the themes at the heart of Rosenstock’s poetry.

Gabriel Rosenstock is a shape-changer poet. He is both everywhere and nowhere. He has published some 170 books – travelogues, poetry, novels, collections of haiku, not to mention translations into Irish of, among others, Bob Dylan, Jack Kerouac, Rabindranath Tagore, Günter Grass, Zhang Ye, Georg Trakl and Janak Sapkota. More than any other Irish poet, Rosenstock transcends national boundaries. Pádraig de Paor has suggested that, for Rosenstock, ‘the Irish language is the quickest route out of a self-obsessed Ireland to a cosmopolitanism beyond Anglo-Irish navel-gazing’.

Rosenstock’s ceaseless output has, almost paradoxically, the effect of rendering him invisible. Just as a literary editor is wondering what do with his latest book, he or she will doubtless find another five review copies landing on the desk. But one might as well ask Rosenstock to stop breathing as to slow down his output.  What is misunderstood is the nature of Rosenstock’s literary mission. Máirín Nic Eoin has suggested that his work is best seen as an ongoing project, a vast weave of poetry that draws on all manner of sources.

Rosenstock, as is well known, is one of the Innti generation of poets that included Liam Ó Muirthile, Michael Davitt and Nuala Ní Dhomhnaill. ‘Innti’ means ‘in her’, and quite apart from any obvious sexual pun, it alludes to being ‘in language’. Or, one might suggest, ‘in the groove’. Rosenstock is very much in the groove of his chosen language, Irish. In this volume’s introduction, Cathal Ó Searcaigh notes that Rosenstock ‘has learned much from the Gaelic tradition: the clear-sighted clarity of early Irish nature poems; the exquisitely fabricated interplay of sound and rhythm, assonance and alliteration of bardic poems; the thrilling sonority, the loops and whorls of sound of 18th century love poems’.

At times, Rosenstock imagines Irish literally speaking to him, and it is clear that the language itself is the muse. In ‘Konzipierung’ (‘Coincheap’), Irish declares its lack of faith in the word ‘coincheap’ (‘concept’), and rails against ‘Kant, Schopenhauer and Nietzsche’, telling the poet to ‘grab hold of some metaphor, a wren, let’s say, or a flea’. Or in Irish:


The question of the Irish language and its marginal and often despised position in Irish society inevitably surfaces in many of Rosenstock’s poems. There’s the tour-de-force of ‘Mustanbih’  (‘An Arabic word for a Bedouin who entices dogs to bark by imitating them, especially when he is lost in the desert at night trying to find a camp – perhaps his own camp. Often it’s not a dog but another lost Bedouin who answers him’):

(‘Bizarre, isn’t it, this hound-language/that the hounds themselves can’t follow!/Follow they could… but they don’t want to hear.’)

Then there is the lovely ‘Is Tú an Ghaolainn’ (‘Irish’), in which he imagines the language as a deity:

For Rosenstock, poetry is not so much about self-expression, but rather about seeing clearly, and finding the requisite language to give form to perception. He speaks of ‘the opening of the heart’, and quotes Hazrat Inayat Khan – ‘As one can see when the eyes are open, so one can understand when the heart is open’. Openness is the theme of ‘Osclaím mo dhán’ (‘I open my poem’):

(‘I open my poem to bright things/here come oranges, dandelions, /come in/take a seat/I’ll be right with you’)

Margadh na Míol in Valparaíso/The Flea Market in Valparaíso is a terrific celebration of this most egoless of poets. Like an Earthsea wizard, Rosenstock is apt to take on a new persona at the drop of a hat – a cranky yeti, or the comic mystic Krishnamurphy, for example. His poems are, by turns, tender and lyrical, angry, self-deprecating, often very funny, always perfectly poised. This current selected comes with very fine translations by the poet himself and by Paddy Bushe. It should be essential reading for every poet in Ireland, all too many of whom are blind to what Irish language poets are up to. Finally, Rosenstock is all too aware that he is often dismissed as a holy fool of sorts. In ‘Agallamh’ (‘Interview’) he gleefully celebrates that fact, and the poetry within foolishness:

(‘And how do you expect to be remembered?/As a poet?/As a fool among God’s fools./Thanks.’)